Last year Ann’s and Bob's family spent their summer holiday at a youth hostel in Scotland. One day the two children decided to visit the very interesting Fingal’s Cave. They walked through the village called Staffa, went down a small path and left the busy village behind them.

"It’s so exciting here. This wild and dangerous coast was a great place for Fingal – a legendary giant hundreds of years ago.", said Bob.

They left the path and went down a lot of steps to a big cave. It was like a tunnel, and very dark, with stones and rocks. When they left the cave on the other side they were in a different world, with a beautiful, small beach. There were no other people here because the sea was already near the coast.  On one side of the beach there were tall cliffs, on the other there was only the wild Atlantic.

"Razorbills love cliffs". said Bob. "We can climb up here to watch them. " 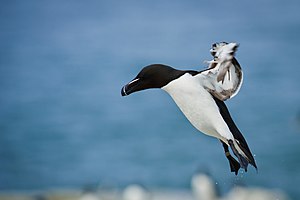 "Okay, but we haven’t got a lot of time. The sea is coming in." They climbed over some rocks and waited. Then they saw the razorbill. The birds caught fish in the sea and carried them back to the young birds on the cliff. It was fun to watch because the birds and the sea were so near. "The sea isn't far from the cave. We really have to be quick", Bob said.

They began to climb over the rocks and back to the cave, but then Bob fell. "Ouch" he shouted. "It's my leg. I can't stand on it." Ann tried to help him, but it wasn't easy to get to Fingal’s Cave. In the cave, with all its rocks and stones, it was even more difficult for them.  They needed help.  Bob sat on a rock in the cave. "Go and get somebody, Ann. Please be quick", he said. "The sea is very near now."

"Don’t worry", said Ann, "I can find help at the youth hostel." Ann ran up the path and back to the youth hostel. There she came across the other teenagers who helped her to fetch Bob. When Bob was safe he told Ann: "I've never been in such a dangerous situation before. Thank you for your help."

b. There were some other pople in the cave. (!true)(false)(!not in the text)

f. The cave was closed after the accident. (!true) (!false) (not in the text)

Find a synonym for the words in brackets.

a. When they came to Staffa there was a big party/festival()
b. Many men wore skirts - but they are called: kilt|kilts().
c. The Highland Games are a traditional tournament/ competition().
d. A hundred years are a century().
e.  She is faster/quicker() than most boys.
f. I want to come back/return() to Scotland one day.

Find an opposite for the underlined words. (Take care of the right forms like he, she, it -s. )

a.  She loves camping, but hates() staying at home.
b.  Bob sometimes loses one of his gloves, but soon finds() it again.
c.  Outside it was sunny but inside() the cave it was really dark.
d. People buy the things which his uncle sells().
e. Diana was better in the evening, but worse() again the next morning.
f. Everything was all right, nothing() went wrong.

Write down the correct word of the same word family.

'Fill in the right pronouns and possessives:

The camping holidays are over. The girls are packing their things.

a. Ann is the best (good) runner in her class.
b. Sleeping in a bed is more comfortable (comfortable) than sleeping in a tent.
c. Breaking her leg was the saddest (sad) moment in his life.
d. A hamburger is cheaper (cheap) than(???) a full combo with chips and a cola.
e. You can also say: A hamburger isn't as expensive (expensive) as(???) a full combo.
f. Climbing up a rock is as difficult (difficult) as climbing down.

Complete the sentences correctly. Put the verbs into the correct tense

Dear Neil,
I am sitting|'m sitting(sit) on a desk now and I'm answering your letter that I got (get) yesterday. I'm very happy to read that you like (like) your holidays at home. It's also nice that you bought (buy) some nice cds some time ago. Yesterday we (climb) a mountain and saw a cave. It was exciting and I enjoyed (enjoy) it very much. We left(leave) early in the morning and came(come) home late in the evening, I'm going to tell you more about my holidays in my next letter now! 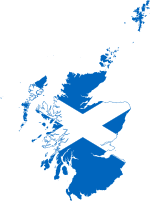