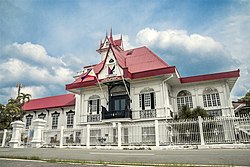 Since there are lot of original texts from the internet, there will be a lot of words you don't know. Don't be afraid! Use online dictionaries such as dict.cc or leo.org or ask your teacher. Remember, that sometimes you don't need to understand every single word to get the content.
Let's get started!

Research about the French and Indian War. In the end, you should be able to answer the following questions:

Now, you can choose if you want to take a quiz or do the cloze text.

Research about the Stamp Act. In the end, you should be able to answer the following questions: 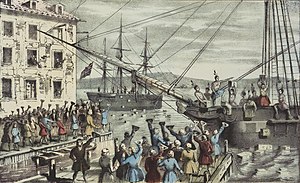 Research about the Boston Tea Party. In the end, you should be able to answer the following questions:

Use the following sources to gain information. Of course, you can use other sources as well. 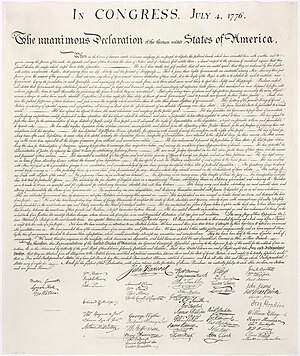 Actually, the Declaration of Independence isn't something that happened before the war but one year after it started. Read the text to learn about the history of the Declaration or use any other sources. Then, work on the task below.

The thirteen colonies in the America's had been at war with Britain for around a year when the Second Continental Congress decided it was time for the colonies to officially declare their independence. This meant that they were breaking away from British rule. They would no longer be a part of the British Empire and would fight for their freedom.

Who wrote the Declaration of Independence?
On June 11, 1776 the Continental Congress appointed five leaders, called the Committee of Five, to write a document explaining why they were declaring their independence. The five members were Benjamin Franklin, John Adams, Robert Livingston, Roger Sherman, and Thomas Jefferson. The members decided that Thomas Jefferson should write the first draft. Thomas Jefferson wrote the first draft over the next few weeks and, after some changes made by the rest of the committee, they presented it to Congress on June 28, 1776.

The Declaration of Independence did more than just say the colonies wanted their freedom. It explained why they wanted their freedom. It listed all the bad things that the king had done to the colonies and that the colonies had rights which they felt they should fight for. Perhaps one of the most famous statements in the history of the United States is in the Declaration of Independence:
"We hold these truths to be self-evident, that all men are created equal, that they are endowed by their Creator with certain unalienable Rights, that among these are Life, Liberty and the pursuit of Happiness."
For the full text, click "here".

July 4, 1776
On July 4, 1776 the Congress officially adopted the final version of the Declaration of Independence. This day is still celebrated in the United States as Independence Day. […]

adopted and abridged from "Declaration of Independence" </popup>